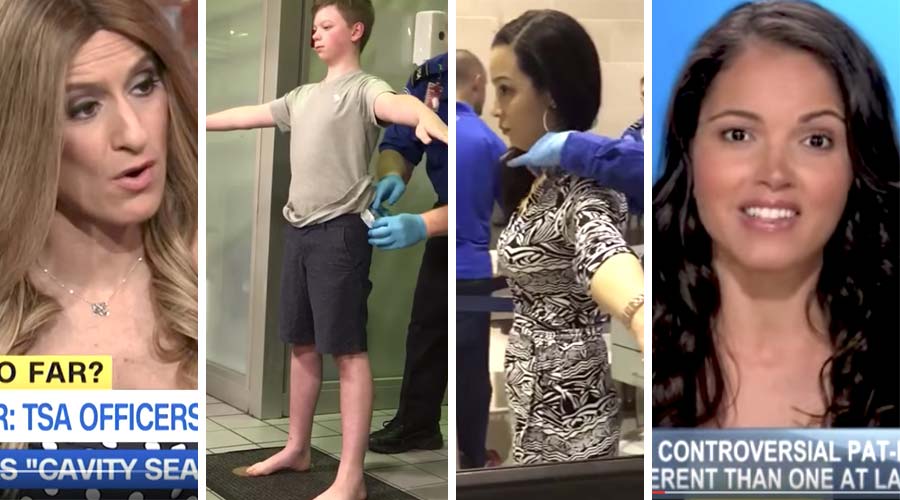 The TSA is no stranger to controversy. Accusations of invasive searches of a young boy, a female cancer patient, CNN contributor and a former Miss USA have gone viral across the internet in recent years. And while we accuse these agents of all manners of perversion, terrorists across the world rejoice and take note.

Below, you can watch the invasive pat down of 13 year old Aaron, whose mother, Jennifer Williams is said to be “livid”. The incident happened at the Dallas/Fort Worth International Airport in March 2017 on their way to San Diego. Apparently his laptop tripped the checkpoint sensors, requiring a thorough pat down.

The comments on the YouTube post are too vulgar to post here. But, I will observe that with each post aggressively opposing this search, there is an equally vicious response in defense of protecting our safety.

The incident went viral on Facebook. So far, more than 7,000 people have reacted to the video and it has been shared nearly 20,000 times. It has caused enough of an outrage to get the attention of the Today Show,who posted a special on the incident on March 29.

Media personality and breast cancer patient,”humiliated” and “violated” by a TSA

Denise Albert, co-founder of the multi-platform brand, The Moms, says her screening at Los Angeles International Airport left her in tears. In December 2016, Denise was flagged by the TSA due to her possession of a tube of cream for her cancer treatment. It seems by the review of the situation that perhaps the TSA agents weren’t adequately trained for the circumstance.

CNN picked up the story, interviewed Ms. Albert, and it is resulting in re-training on handling passengers with medical conditions.

The comments on this one, however, generally didn’t feel much compassion toward Ms. Albert:

I don’t feel sorry for her. Watch the video I bet you’ll agree.

The TSA office was just doing her job. Thousand’s of people safety is at RISK here. If she doesn’t like it, find other Transportation to travel, no disrespect. Lives are at RISK. It not just about you.

CNN’s Angela Rye protests her TSA pat down on camera

Ms. Rye claims to have been singled out at random with no due cause and no explanation. She also has Pre-Check status as well as “Clear”, another premium status to allow for quicker passage.

The nearly 8000 comments depict the emotional charge of this situation. Some representative samples:

Every TSA Employee should be added to the National sex offender list.

Let’s see how many people would want to get on a plane without security.

The fact that Americans allow sexual harassment under the guise of security, speaks of the mental health of most Americans. Why are you people allowing that type of bull?

What a stupid, arrogant woman. I work at an airport, I have far higher security clearance than she ever will have and I have to go through security every day, sometimes being searched. What makes her think she is so special that she doesn’t have to do the same?

Been there. It is super invasive and humiliating.

You be the judge:

Susie Castillo, former Miss USA, actress and TV host claimed to be unnecessarily groped by TSA agents at the Dallas/Fort Worth International Airport (see first incident above). The incident caught the eye of ABC News, Fox News and HLN’s Dr. Drew Pinsky. Ms. Castillo has hit the circuit to draw awareness of the matter:

Ms. Castillo’s comments from the original YouTube post total over 8500. While the vast majority are unsympathetic to her plight, one comment sums up the majority of them:

These comments are disgusting. You people should reconsider your lives

The comments left with cases of questionable TSA pat downs illustrate the volatility and great divide in the national opinion. What is proper security versus legalized molestation of innocent passengers? As Americans, we expect our freedom and our constitutional rights to not be violated. However, the 911 incident was a case of a small band (relatively as compared to the might of the United States) of terrorists that used our freedoms against us and today can still claim small victories each day with incidents such as this.

You be the judge of who is right and wrong in the above situations. There’s plenty of gray area. We want our families safe in airport as well as the sky. Can we not have both?

A year ago, we posted a story on how your family can prepare for airport TSA security checks. Give it a read and hopefully your aggravation and downtime will be kept to a minimum and your all-important family bonding can be maximized!